The Sound The Hare Heard 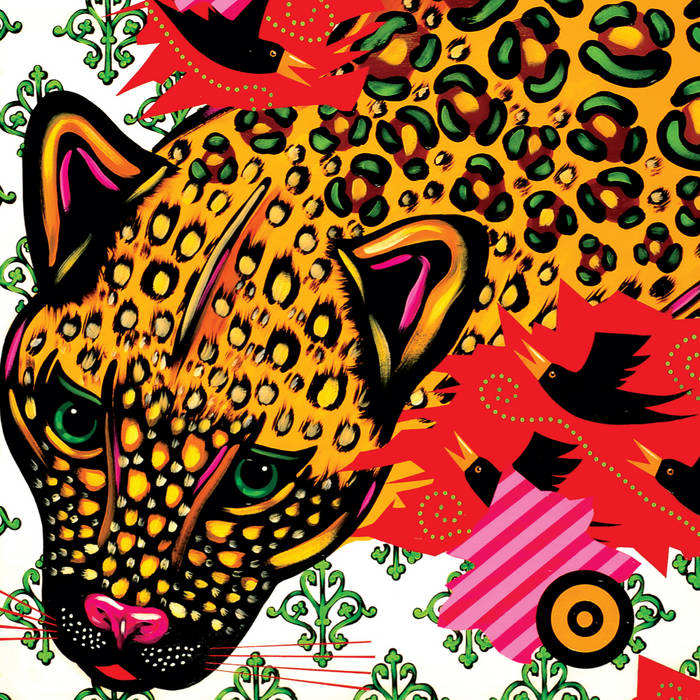 Ever hear the Buddhist parable about the pensive hare, wise lion, and a fallen acorn declaring the end of the world? Kill Rock Stars owner Slim Moon sure has. Inspired by the dense double meaning of the narrative and the raw power of six strings and soul-sleeved singers, he’s merged the two with The Sound the Hare Heard compilation.

“When I'm sifting through demos or following up on tips that people give me, I always pay special attention to the singer-songwriter types,” says Moon. “I've always had a soft spot for them, from Bob Dylan and Joni Mitchell to Elliott Smith and Joanna Newsom. This compilation is a distillation of the songwriters––well established, just starting out, or somewhere in between––who have turned me on in the new millennium.”

Following in the tradition of such taste-making Kill Rock Stars compilations as 2000’s Fields and Streams (featuring The Yeah Yeah Yeahs, Neko Case, Deerhoof and more before they “broke”) and 2004’s Tracks and Fields (the only place to hear Xiu Xiu on the same disc as Jucifer, Young People and His Name Is Alive), The Sound the Hare Heard handpicks its selections from the Kill Rock Stars roster and beyond. So you’ll hear a KRS standby like Colin Meloy rub against a respected outsider like Sufjan Stevens, as well as such Class of 2006 hopefuls as Death Vessel, Wooden Wand and Devin Davis. A grand, gorgeous mixtape for endless nights and comfortably numb mornings, sure, but what about the singer-songwriter stigma that suggests some dude with an out-of-tune acoustic and Dave Matthews dreams?

“Ten years ago, things were worse, especially in the indie rock underground,” says Moon. “People thought it was career death to simply put a record out under their own name, except for like Elliott Smith or Jeff Buckley. It’s all a bit safer for a singer-songwriter now.”
In the spirit of long-lost liner notes scrawled across weathered record sleeves, we asked Moon to share the reasoning behind each of his selections...

Devin Davis, “When the Angels Lift Our Eyelids in the Morning”
I love the track he gave us. He put a lot of emotion into it. That’s what I love about this minimal approach of performing your own material––it’s usually more personal and the instrumental setting is more intimate, with the emotion coming from the person and not from a string section or whatever.

Laura Veirs, “Cast a Hook in Me”
I like the bold moves she’s made. Her earlier records were folky. Recently, she’s move into more of an indie rock vibe. That’s different than what I’m personally used to: People starting with a jangly indie rock kind of thing and discovering acoustic guitars later.

Thao Nguyen, “Feet Asleep”
She actually wrote to Laura Veirs, asking to open for her since she’s a fan. So I checked out her Web site and fell in love with her music. She’s great. [mp3]

Wooden Wand, “Bones for Doctor Swah”
That guy has like 500 songs on tape from the last 10 years. He’s recorded everything he’s ever written. So he has some incredible unreleased material. He can sit down and write and record five songs a night. And of those five songs, at least one will be really great.

Death Vessel, “Dancers All”
This song is a little different than his album Stay Close and I like how this turned out. It’s interesting that Joel [Thibodeau] and Jeff Hanson both have really high, female-like voices, but they don’t sound anything alike.

Essie Jain, “Why”
She’s an English girl who lives here and mostly plays piano and sings. She first approached me for advice and my advice was, ‘don’t just stay in New York playing a show once a month forever––get out into the world and tour. Don’t just wait for your ship to come in; wade out to it and bring it in yourself.’ I am gratified that she took my advice to heart and has been touring and is now recording an album.

Jeff Hanson, “Daylight”
I signed Jeff from a demo. I liked his first album fine, but I really feel like he matured with his second record. It was a huge jump, so I’m proud to be a part of supporting someone as they grow into being all they can be and realizing their potential.

Imaad Wasif, “Other Voices”
I loved the first alaska! album and am glad to be releasing his first solo album. He's currently in the touring unit of the Yeah Yeah Yeahs, and he has also put in time in the Folk Implosion, so he's a seasoned vet, but he's just getting started with expressing his own solo voice.

Great Lake Swimmers, “Where in the World Are You”
Tony [Dekker] was on tour with Laura Veirs, so I saw him perform and was blown away. He’s got this rare thing of having a pure, beautiful voice with enough quality to be a lead voice and not just a backup-singer-type voice. It’s got a lot of character and helps create really haunting songs that stick with me.

Owen McCarthy (of The Everyothers), “Stargazers Are Blind”
The Everyothers are a rock ‘n’ roll duo, but Owen has a lot of interesting acoustic demos, so I thought the world ought to hear one of his solo songs.

Simone White, “The American War”
She sent me a demo and I saw her play here in Olympia. I love the jazzy influence. It’s definitely different than most singer-songwriter stuff in a good way.

Nedelle, “Poor Little City Boy”
She has a lot of courage to just write simple, innocent, pretty songs. In the current state of indie rock, everything has to have emotional distance, or be wry and ironic, so to play simple solo songs that are minimal and direct is really going against the grain right now.

Southerly, “Dumbing Down”
I originally got to know Krist Krueger because he booked some of our bands. After a while, he sent some of his records. He’s a fantastic guitar player. I love that he’s really hard working. He plays like 200 shows a year, beyond his job booking other bands.

Colin Meloy, “Lazy Little Ada”
Every musician in the Decemberists is excellent. They play together as a fantastic unit; it’s not just Colin and his backup band. But the first time I saw Colin was solo, so I could always appreciate what he can do with that, and I’ve always had a soft spot for his solo work.

Corrinna Repp, “The Sound You Warn”
She’s a Portland gal who opened for Colin’s first solo tour. She’s gone through a lot of different sounds, which is bold. It’s as if she moves on as soon as she masters something. Plus she’s one of the greatest conversationalists I know.

The Moore Brothers, “Waves of Wonder”
For their live shows, they show up with one acoustic guitar and pass it back and forth. You never know who wrote which song. I think their lyrics are really smart, and they use harmonies with awesome effect.

Aliccia BB (frontwoman and only original remaining member of Slumber Party), “Best Friend Forever”
She’s been speaking with me for a couple years about doing a solo record outside of the Slumber Party mold. So I asked her to do this as a solo introduction to the world. She’s from Detroit, and the song ended up a lot more Motown than I expected. But that’s not a bad thing.

Danielle Howle, “Kill My Love For You”
She’s the most southern of the singer-songwriters on the comp. Danielle is one of those artists that leave you flabbergasted that she’s not more popular.

Lauren Hoffman, “Another Song About the Darkness”
Lauren is an interesting case. She was signed to a major label in her teens and ended up fed up with the big money music biz whirlwind, retired by 20, and ran away to India––where she was eventually able to rediscover what she loved about music in the first place, and for the first time, really find her own voice as a songwriter. So now she's back, still young, ready to do the music thing her way this time. This song was a demo she recorded in India when she first started writing songs again..

Lovers, “Honea”
Cubby has such a beautiful voice and makes such beautiful music. She’s another one where I’m confused why she isn’t better known, three albums into it.