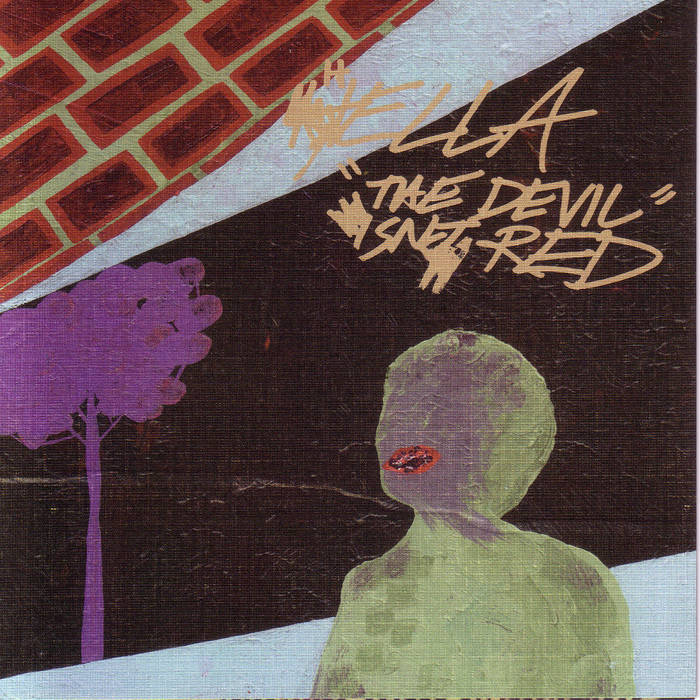 Chemistry is the foundation behind every great duo. Lee Hazelwood and Nancy Sinatra, Pink and Brown, Ferrante and Teicher, Romulus and Remus, Quasi, Jerry Lewis and Dean Martin? These duos are beloved because each member pushed the other to new heights and complimented the others vision perfectly. Or, as in the case of Romulus and Remus, murdered one another. Guitarist Spencer Seim and drummer Zach Hill, better known as instrumental rock twosome Hella, have the talent to corral this dangerous and volatile creative chemistry. Their new 5RC release, “The Devil Isn’t Red”, is the surest step yet by this still emerging duo.

Obviously Hella are doing something very, very right. According to Seim, all Hella does at their home base in Sacramento, CA is “practice and record. This is all we really have to do.” Hella have the group mind of great improvisers and the sweet skill of talented composers. Don’t get the wrong idea, though. Hella songs are not miniature instrumental machine symphonies meant to show off “chops”. Nor are they endless free jazz-style sessions of indulgent wank jelly. I repeat: dull endless solos are not the order of the day here. Steve Vai and Carl Palmer or imitators thereof are nowhere to be seen. Arrangements for only guitar and drums are not supposed to sound as full as they do on this record. Compositions for just two instruments are not supposed to be alternately so blistering and lush.

Indeed Hella speak a unique musical language of suspense and order, chaos and function. Interlocking riffs and drum patterns have a dark metallic edge, but with blasts of melodic drive and bits of electronic hiss. As opposed to ripping off multiple Iron Maiden or Testament guitar workouts and stuffing them into the same track, Hella build their songs from the ground up. Yes, these boys can play fast. Real fast. As fast as jazzbos like John McLaughlin. And they can bash it like mid-70s era King Crimson when they feel the need. But Hella have their own sound and definitely are of their own hearts and minds.

Surprisingly, Hella was a duo born out of necessity. Spencer Seim elaborates: “We started in February of 2001. We started with hopes of having a full band, but we couldn’t find people who think the way we do, or play the way we do, and we have yet to meet anyone like that. We got offered a show and it was just the two of us and we thought up a name and it just stuck.”

This was a lucky break for rock fans, because as the old adage says, the less cooks in the kitchen the better the meal. Listen to this record a few times and you’ll see why, in Hella’s case, this is especially true. Recorded with Tony and JR at Retro Fit in Sacramento, “The Devil Isn’t Red” is recorded all live, with no overdubs. If you’ve experienced Hella at your local club or watering hole, you know how powerful this visceral band’s live show can be. A total stranger to them at the time, this writer saw Hella mutilate a midday crowd at Michigan Fest 2002. It was loud enough to make the yard gnomes on Arnold Schwarzenegger’s new front lawn explode. Faces were blank and ears were transfixed. A kid in a Florida screamo band wept into his sweater vest. He knew his day had come and gone.