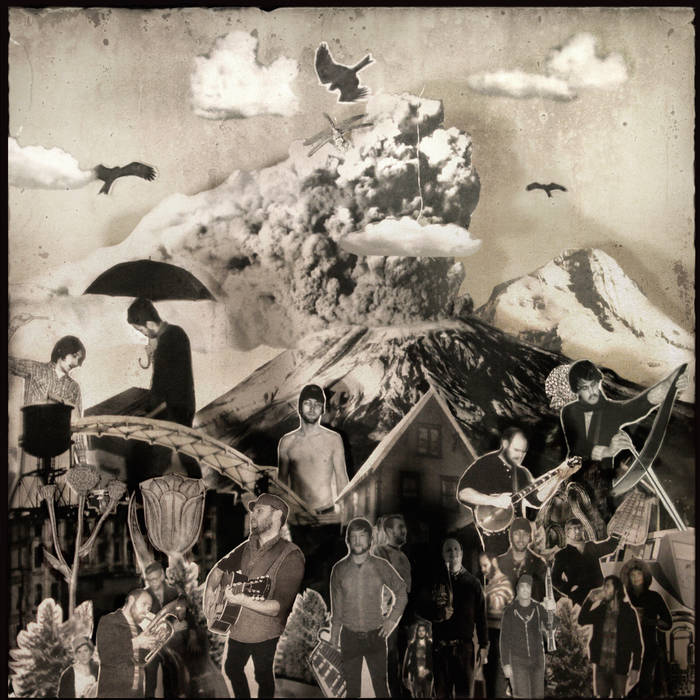 A Northern Road To Glory

New Year's Eve always suggests a new beginning, and "Cynic’s New Year” welcomes Horse Feathers' fans with the promise of something new. To be sure, old friends return. Wrapped around Justin Ringle’s unique vocals are sparkling guitars, dancing fiddles, and smoky banjo woven through the foundation of the lower strings. But new elements are everywhere: horn, woodwind and brass appear and fade, and drums drive the beat in places, providing new texture and heft. The lyrics traverse familiar themes from natural disaster to the deeply personal, each through Justin Ringle’s uniquely American linguistic lens. New vistas and new stories are explored with deep insight and fresh intimacy, always with an abiding respect and affection. The universe rises to threaten, inspire, and sometimes punish, but always to teach a valuable lesson. Souls, lost and found, embark on thoughtful emotional journeys.

The first single, “Fit against the Country”, describes a nation where working men and women shoulder their careworn lives with neither apology nor surrender. These are words that need to be held close, owing their poignance as much to the savor of their pure sound as to their meaning. “Where I’ll Be”, another single from this brilliant collection, has an infectious rhythmic cadence that marks it as one of the great songs evoking trains, with a compelling sentiment that belies the gray landscape it travels.

“Cynics New Year” does not fail to deliver something beautiful and new. It navigates a thoughtful, thought-provoking expedition from the wide sky and rolling ocean to the most private corners of the human heart.